CDC Raises Asherah Poles. What Will You Do?

Father, we ask for courage to stand for Your truth. Tear down these lies and deceptions, God, and give us strength so that we may tear them down with You.

Analysis. Why is a bureaucratic agency of the government, tasked with managing diseases and public health, promoting sex and gender policy aimed at school-age children? The Centers for Disease Control and Prevention (CDC) just released an LGBTQIA2S+ guidance publication for elementary, middle, and high school faculty and administrators. This catechismal treatise, titled LGBTQ Inclusivity in Schools: A Self-Assessment Tool, states its purpose to be:

A focused, reasonable, and user-friendly approach to identify potential strategies to increase LGBTQ inclusivity in schools.

If that sounds “reasonable” to you, scroll a few more pages in the publication and you will find lists of wholly unreasoned multiple-choice questions posed to educators by the CDC. Some of the questions are so graphic that they will not be listed here. Otherwise, some examples:

The answer they are looking for: A) This statement applies to me a great deal.

Scroll a bit further and find another “reasonable” brainteaser, for elementary school teachers:

According to their scoring system, be sure to select answer “A” again — or be flagged as insufficiently inclusive.

This Is for Whom?

Most studies show that less than 1% of the U.S. population identifies as transgender or non-binary. This means, according to the CDC’s own definition of inclusivity, that the 99% who are not beset with gender dysphoria are being prohibited from using biologically reasoned language.

Again, our immediate response and foremost observation should be: Why is a bureaucratic agency of the government, an agency purportedly tasked with managing diseases and public health, promoting sexual and gender-identity policy aimed at school-age children?

This stampede to thrust scientifically untested creeds upon school-age children is less a matter of health and more a religious indoctrination into their cult — a carefully crafted cult, designed to separate children from their identity, from their faith, and from their family.

This post is not a statement to individuals who identify as LGBTQIA2S+. Instead, this is an all-out, offensive assault on the deceptive movements, evil agendas, and cultic tactics being used to inculcate children with unreasonable, unnatural, and hyper-sexualized ideation.

Whom Do We Trust?

From an evidentiary standpoint, is the CDC trustworthy anymore? The CDC and the National Institutes of Health (NIH) were catastrophically inept in their bumbling of SARS-CoV-2 and the vaccines. Now, as they pivot away from their admitted failures with the COVID pandemic and toward our children’s sexuality, why should we trust them?

More important: Why are we letting them do this?

The phrase “the science is settled” should be crowned the most deceptive aphorism of the 21st century. And nowhere does that phrase miss the mark more grievously than in today’s nonscientific promotions of sex, gender, and “trans” matters — particularly toward children.

Of the 20 citations footnoted in the aforementioned handbook, one is missing entirely, two circularly refer back to the CDC’s own materials, and the remaining 17 link to an NIH site. This type of preaching to the choir is despicable enough by itself, until you stop to realize: Our children are their choir.

Remember, this is the same CDC that promotes Q Chat Space, an online forum designed to inject young children with LGBTQIA2S+ ideology. Children can learn about gender transitioning, polyamorous relationships, and even the occult — and all this as they stay beyond their parents’ monitoring.

“I am concerned about the CDC and other state and federal government agencies promoting ‘Q Chat’ to underage children. This site promotes hormone replacement for kids, usurps parental rights, and even exposes children to the occult — all while encouraging kids to hide the site from their parents”.

In a pitifully weak attempt to feign innocence, the CDC equivocates several times in the publication. First, the agency says that “the ideas and opinions expressed within [the linked resources] do not represent the official opinion of the Centers for Disease Control and Prevention.” The CDC also insists that the self-assessment portion is “not a required tool for auditing or punishing school staff.”

Based on how quickly the radicalization of our education system is taking place, we should all bear a holy disgust against any government agency that dares to distribute this sort of material, fully knowing that most parents vehemently object to such systematic indoctrination of their children.

Who Is the Real Enemy?

A Christian friend told me recently that the Church should not become involved with the cultural and political issues of our day. Instead, this friend asserted, we should just “focus on the kingdom.”

I don’t know what any of that really means. And based on what we read in Scripture, I’m not sure that God does either. As He once told the Israelites through Moses:

Be careful not to make a treaty with those who live in the land where you are going, or they will be a snare among you. Break down their altars, smash their sacred stones and cut down their Asherah poles (Exodus 34:12–13 NIV).

Long before the days of the Abrahamic covenant, pagan gods dominated, manipulated, and devastated untold numbers of civilizations. Regardless, whether the people did or did not believe, they were compelled to offer unfettered devotion and sacrificial worship to these gods — and it was mostly out of fear.

These gods demanded unreasonable sacrifices, disfiguring self-mutilation, and perverted sexual rituals to secure appeasement. Predictably, the children suffered the most.

It seems the biblical edict remains true: there is nothing new under the sun. Whether 4000 B.C., or A.D. 2023, those adults who reject the Lord often race to appease the pagan forces by sacrificing the children first.

The goddess Asherah, the supposed mother of Baal and priestess of fertility, was one of the most powerful and feared forces in the ancient world. Known for proliferating sexual deviancy and gender confusion, worshippers were led to believe that all expressions of sexual indulgence were profitable — men could become women, and women could become men.

Nothing New Under the Sun.

Asherah was most often represented as a graven image carved from hardwood trees. Hence, the term Asherah pole is used in Scripture nearly 40 times. The most important thing to realize is this: The culture of that day deemed the worship of Asherah resolutely superior to the worship of Adonai. Sounds a lot like the CDC.

What Should the Christian Do?

Very much the way God commanded through Moses, behold how He commands Gideon to not only tear down his father’s Asherah pole, but also to burn it. When the Angel of the Lord appeared to Gideon, we read: … Gideon was beating out wheat in the winepress to hide it from the Midianites (Judges 6).

In a desperate attempt to preserve the life of his family and his nation, Gideon was processing wheat in a wine press, trying hard to hide this activity from the enemy. Just then the Angel of the Lord appears and declares: “The Lord is with you, courageous warrior.” To which the befuddled Israelite replies: “Pardon me, but if the Lord is with us, then why has so much disaster overtaken us?”

How many of us are asking that same question today?

But just at that critical point in the Gideon narrative, Yahweh appears: “You have the strength,” the Almighty tells him. “Have I not sent you? I will be with you.”

Do not miss the progression! First, Gideon was doing the right thing at the right time. The problem was, he was doing it in the wrong place. Yes, it was indeed the time to harvest the wheat for bread, but out of fear Gideon was threshing in the place intended for the wine.

These are days when the Enemy is viciously stealing every good thing that noble people have worked for decades to create. If you are in a church that agrees with my friend and says it’s best not to engage the culture or involve ourselves in politics — run. And if you are surrounded by people who are content to comply with the dictates of pagan forces like the CDC — run.

Second, the promissory pronouncement of the Lord was preceded by an angelic visitation. Scripture tells us that sometimes we unknowingly entertain angels. The key is: When we are visited, do we remain unaware, or do we listen and ask more questions, like Gideon?

And third, might the Lord be asking us, on behalf of our nation, to do the hardest thing imaginable? Small groups, quiet times, and church on Sundays are all beneficial, of course. But they are hardly sacrificial. However, to stand up and speak out against the patterns and practices held by even those we love the most might be the most excruciatingly sacrificial thing you can do.

That night the LORD said to Gideon “ … Pull down your father’s altar to Baal and cut down the Asherah pole standing beside it” (Judges 6:25 NLT).

Notice that Gideon is not told to tear down his father. This is the whole point: We can boldly tear down lies, deceptions, and arguments, yet still honor those who wrongly believe in them.

The unbelievers of our day will dismiss a goddess like Asherah as nothing more than myth, fable, lore. But to dismiss the power of these unseen evil forces is to live in subjection to them.

How Shall the Intercessor Pray?

Those who can see what the Lord is now revealing will realize that we must call upon the hierarchical powers of heaven, appropriate the blood of the resurrected Christ, and tear down the pagan towers of deception that are wreaking havoc across our land and within our families. 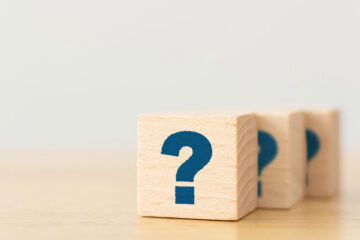 It seems that the past few tumultuous years have actually changed hearts for the better. Praise God!From The Christian Post. A number of Americans say they are more open to God now than they were Read more… 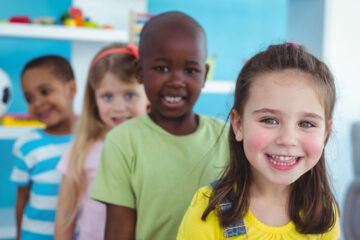 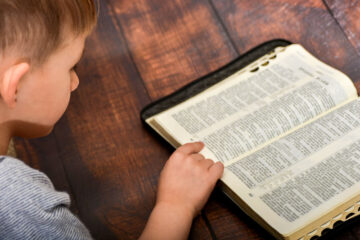 How can we help our kids develop a biblical worldview?

Thankfully, the number of apologetics resources for Christians is increasing. These are extremely helpful and encouraging as we raise our children to think biblically. “Live your truth.” “You are enough.” “You shouldn’t judge.” “God just Read more…